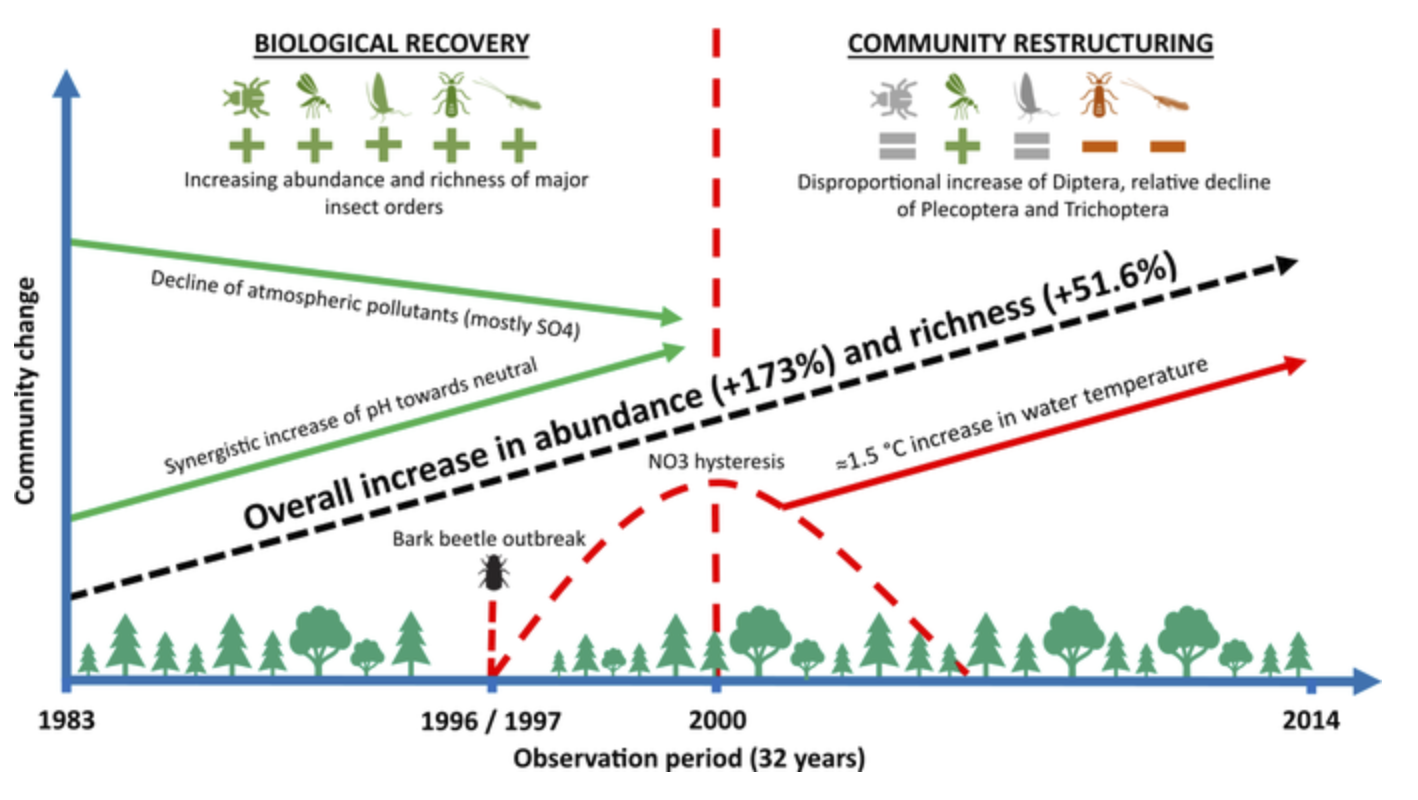 The eLTER whole system approach is utilizing the broad variety of biodiversity, environmental and socio-ecological data monitored at eLTER sites.

Recently, a new study has been published in the journal Science of the Total Environment titled “Recovery from air pollution and subsequent acidification masks the effects of climate change on a freshwater macroinvertebrate community”.

Using 32 years of detailed freshwater macroinvertebrate and environmental data collected from the eLTER site Bavarian Forest National Park in Germany, the study aims to identify how community variability has changed over the past three decades and to elucidate the extent to which climate warming, air pollution and bark beetle infestations may affect it.

Results indicate significant increases to overall community abundance (+173%) and richness(+51.6%) which were correlated with the decline of atmospherically deposited sulphates andsubsequent acidification recovery. After the turn of the millennium, nitrate fluctuations from barkbeetle infestations and rising water temperatures (+1.5 °C since 1983) were linked to taxonomicrestructuring and the disproportional increase of dipterans within the community.