Next ENVRI week will be organised in Dresden, Germany, 3-7 February 2020 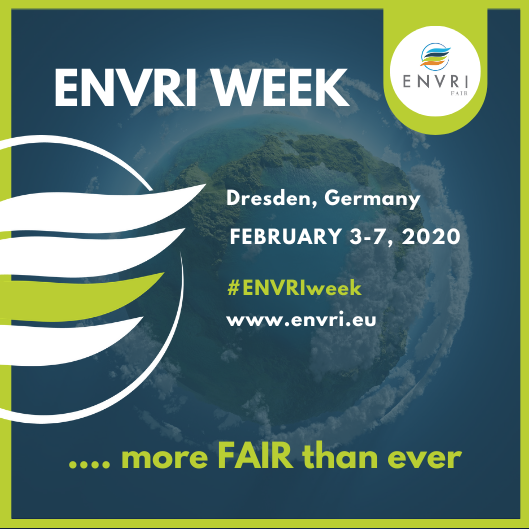 What is ENVRI week?

An outline of the preliminary agenda can be downloaded from here.

A detailed session agenda will be available soon.

The registration is closed. If you anyway wish to attend, please contact the ENVRI-FAIR Project Office. 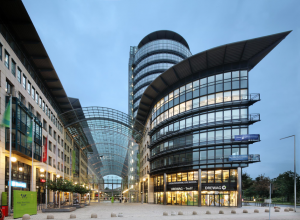 Hotel Elbflorenz Dresden is located in the same building complex as the World Trade Center Dresden. 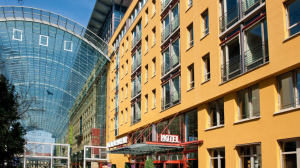 We have reserved 120 hotel rooms in the hotel hosting the ENVRI week (Hotel Elbflorenz Dresden) for a fixed price of 89 € per night including the breakfast.

The contingent of 120 rooms is decreasing in the following steps:

Please be also aware that on 7th February the Semper Opera Ball will take place in Dresden, which is why many other hotels will soon be fully booked!

Please book your hotel room as soon as possible and refer to “ENVRI-FAIR” to make sure you get a room out of the reserved contingent for the agreed price.

Please note: There is a limited number of seats available in the restaurant and we cannot guarantee a place for everyone. Therefore, the sooner you register the better is your chance to secure your place at the dinner table.

The restaurant is 20 minutes (walking) away from the hotel. 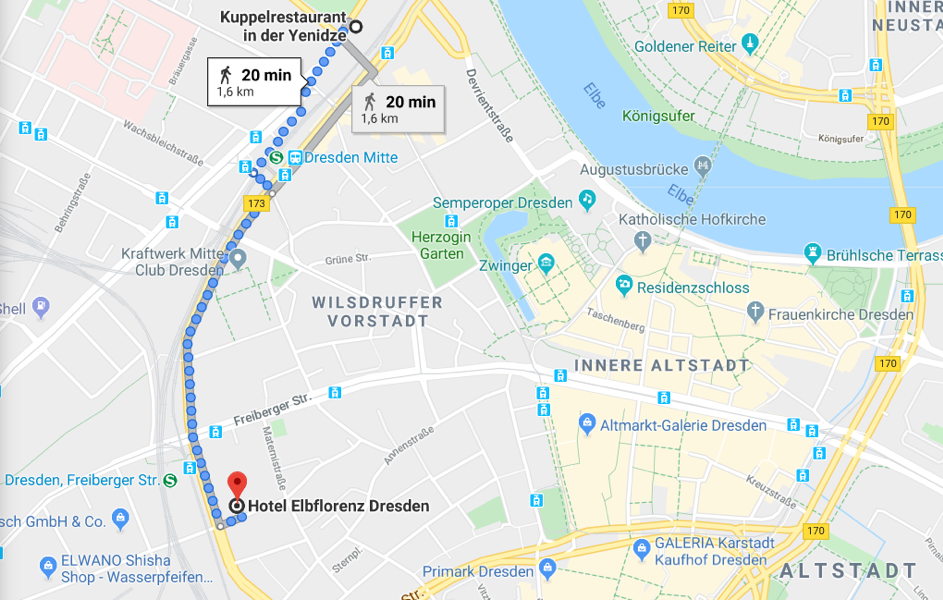 GUIDED TOUR THROUGH THE OLD TOWN

We are organising a guided tour through the old town of Dresden for Tuesday evening. The tour will start at 18:45 and last for about 90 min. It will be held in English. We will be split into several groups à 25 people.

Dresden’s historical centre is characterised by buildings from the Renaissance, the Baroque and the 19th century. Despite being devastated in the Second World War, the old town has kept or regained its attractiveness and is part of the picturesque cultural landscape of the Dresden Elbe Valley, which was listed as UNESCO World Heritage until 2009.

HOW TO GET TO DRESDEN

There are several ways to get to Dresden:

There are a couple of bigger German cities that are directly connected to Dresden Central Railway Station, like Berlin, Frankfurt (Main), Hannover, Hamburg, and Cologne. As mentioned before, you can also reach Dresden via a non-stop connection from Prague. Booking the trip well in advance, you have the option of buying cheap tickets.

You can check the timetables and book online at: https://www.bahn.com/en/view/index.shtml.

By plane and train

If your nearest airport is not listed above, you may also consider flying to the airports Berlin Schönefeld or Tegel, Leipzig/ Halle or Prague first and then to get on the train to Dresden.

Berlin Schönefeld and Tegel are connected to Berlin Central Train Station by local (S-Bahn) and regional train and by bus, respectively. The total travel time from both airports to Dresden Central Railway Station is approximately 3,5h.

Train connections are available from the airport Leipzig/ Halle to Dresden Central Railway Train station with an approximate travel time of 2h. The bus and train connection from Prague airport takes approximately 3,5h.

HOW TO GET TO THE VENUE 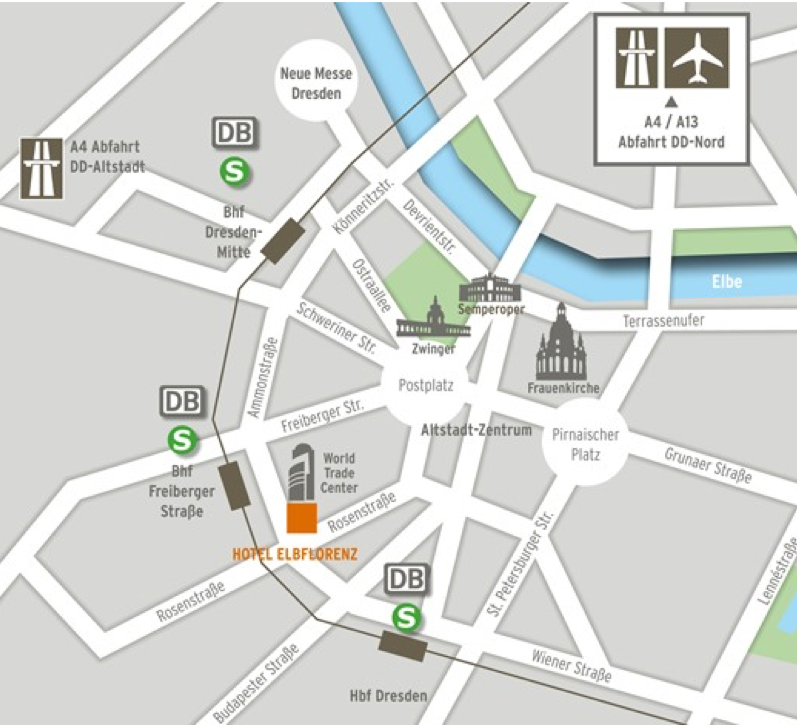 Starting at the airport, the train number S2 towards Pirna is going directly to the station closest to the hotel (170m), called Freiberger Straße. The estimated time of travel is about 20 minutes; the train leaves every half hour. Tickets can be bought via a ticket vending machine on the platform itself. The ticket needed is Single Ride, Zone 1, for 2,40€.

As destination you may give World Trade Center, since it may be better known than the hotel itself. A ride from the airport to the city centre costs about 16€ to 20€ with an estimated time of 15 to 30 minutes, depending on traffic.

… FROM THE CENTRAL TRAIN STATION

You can take either the train number S1 towards Meißen Triebischtal or number S2 towards Dresden Flughafen (Airport) with a departure every ten minutes. The station closest to the hotel is right the next one, called Freiberger Straße, The estimated time of travel is a 1 minute. Tickets can be bought via a ticket vending machine on the platform itself or at the service center in the train station. The needed ticket is Single Ride, Zone 1, for 2,40€.

You can also reach Freiberger Straße by tram number 7 towards Weixdorf (Rathenaustraße) or number 10 towards A.-Wolf-Platz, departure every 10 minutes. The platform is in front of the Central Train Station and the ride takes about 4 minutes with 1 station in between. Tickets can be bought via a ticket vending machine on the platform itself or in the tram after boarding (please note that the vending machines inside of the tram only accept coins, meaning 5ct to 2€). The ticket needed is Single Ride, Zone 1, for 2,40€.

When will the next bus or train / tram depart?

The timetables of trains and buses are available in the DVB Journey Planner. You can also track your trip using Google maps. More information about public transportation in Dresden you can find here.

You prefer to discover the city by bike?

Cheap bike sharing options are offered by SZ-bike (as part of Nextbike). You can find more information here and easily register here or via the Nextbike App.

FROM TRAIN / TRAM STATION “FREIBERGER STRAßE” TO THE VENUE (BY FOOT) 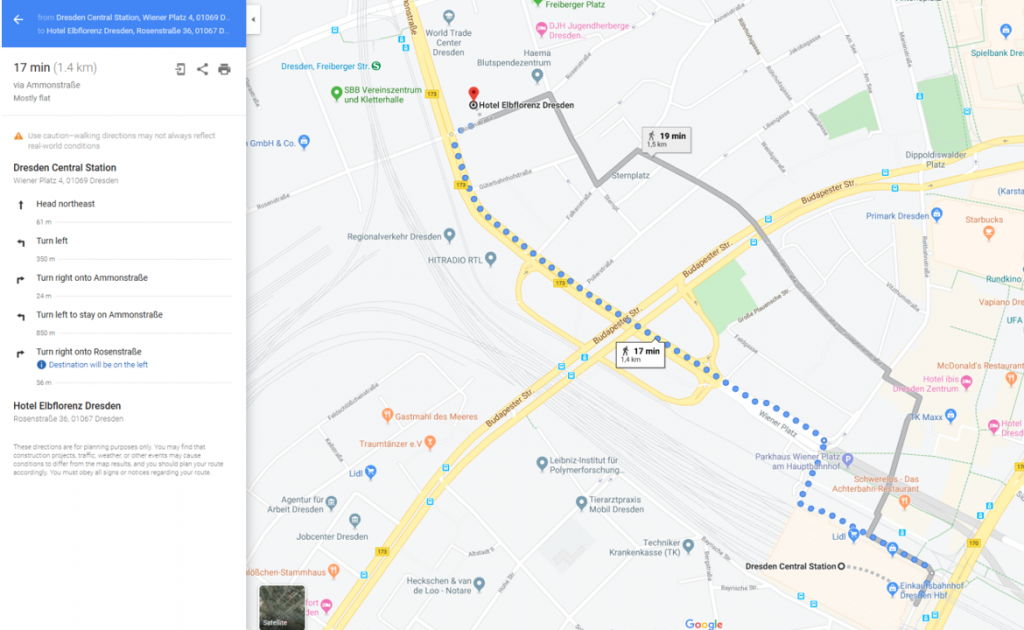 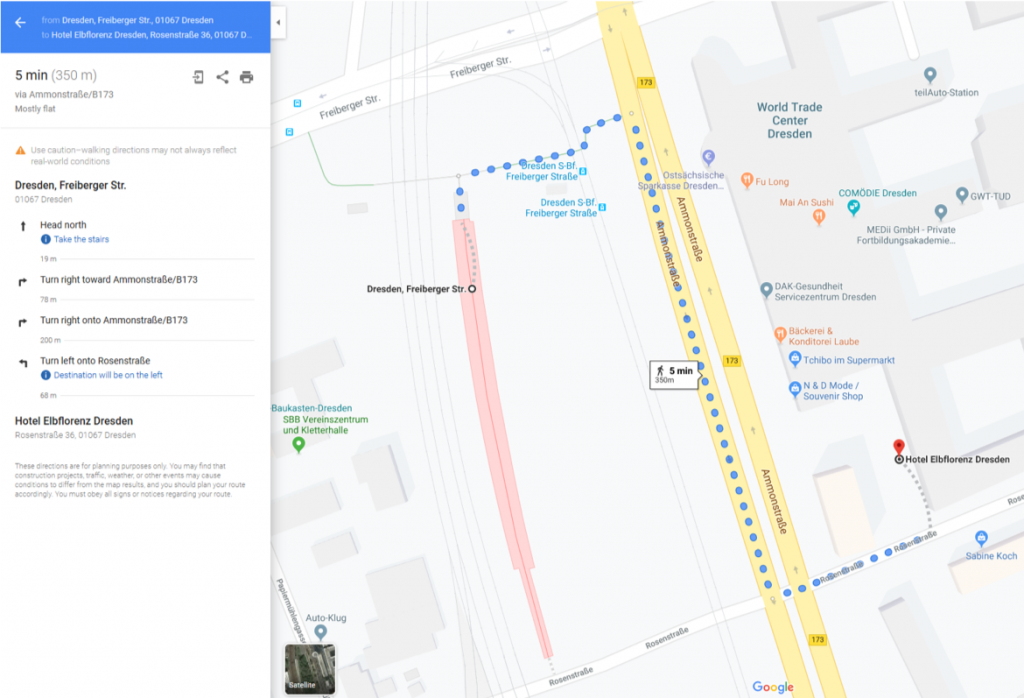 WHAT TO SEE IN DRESDEN 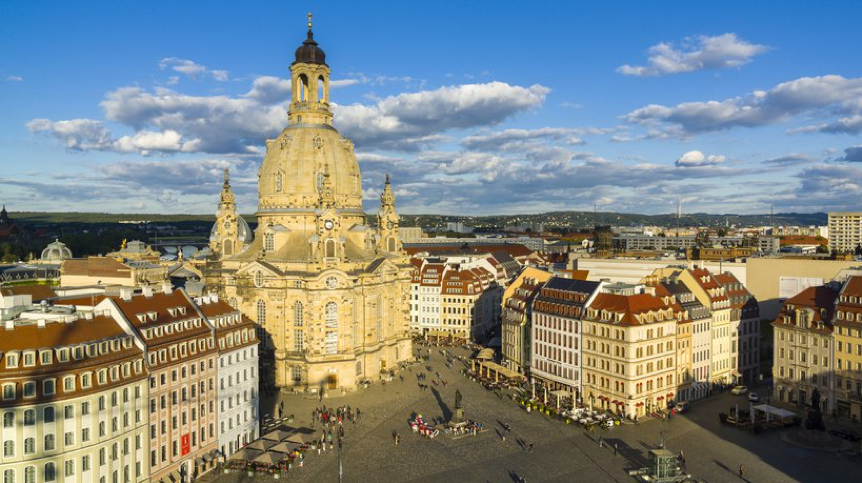 Frauenkirche (Church of Our Lady) and Neumarkt Square
Dresden’s most famous symbol is the rebuilt Frauenkirche. This monumental Protestant church was constructed between 1726 and 1743, reduced to ruins on 13/14 February 1945 and rebuilt from the 1990s. In 2005 it was reconsecrated. On the surrounding Neumarkt square, the typical Baroque gabled houses were rebuilt section by section. After more than half a century, the city’s new old centre has returned. 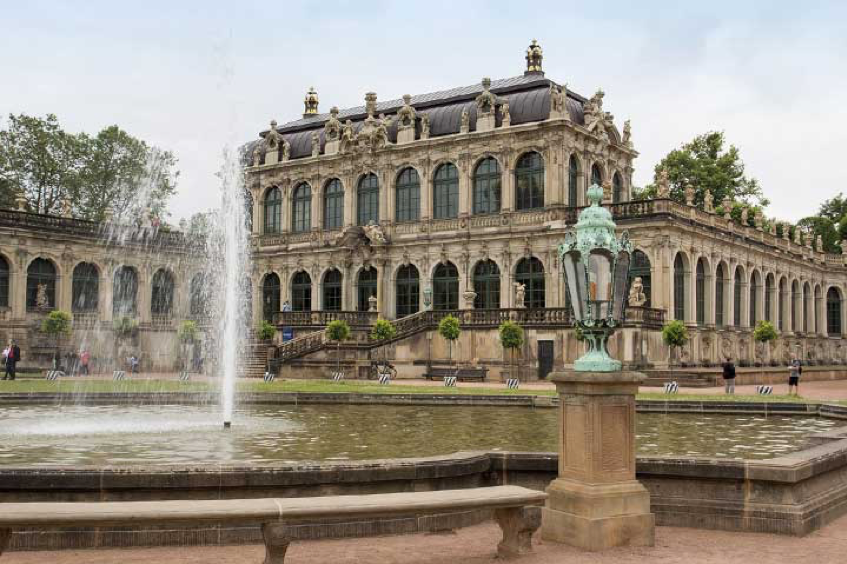 Situated in the heart of the Saxon state capital, the Dresden Zwinger ranks among Germany’s most well-known Baroque buildings of Germany and is, apart from the Church of Our Lady, certainly the most famous building monument in Dresden. It accommodates internationally renowned museums and is a place for staging music and theater performances.

Good to know: from 10 am to 6 pm you can visit the “Mathematisch-Physikalischer Salon”, a permanent exhibition which shines a spotlight on objects that show how we began to understand our world; from the development of the clock to a 3D model of the calculating machine developed by the French mathematician and philosopher Blaise Pascal. The Mathematisch-Physikalischer Salon has been housed in the Zwinger since 1728 and counts among the oldest collections of historical instruments worldwide. Further information on the exhibition can be found here.

Semper Opera House
Built between 1838 and 1841 by Gottfried Semper, the opera house fell victim to the bombing of Dresden in 1945. Today, the Semper Opera House is considered one of the world´s loveliest and is the residence and main venue for Dresden’s Saxon State Orchestra.

Dresden is of course not limited to a beautiful old town. Don’t miss the chance to visit Dresden Neustadt with its diverse cultural and night-life scene.