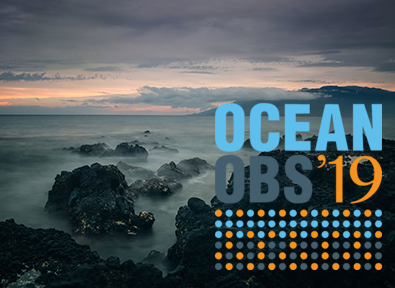 Future of ocean sciences for sustainable Earth: Observations from OceanObs’19 The Ocean Observations Conference (OceanObs) meets once in a decade to discuss the future and development needs of ocean science. At OceanObs’19, 149 Community White Papers highlighted the complexity of ocean observations, and especially the need for integrated, coherent and distributed approach, considering the processes under study that varies from very small to broad areas, and from very short to long time scales. Technical developments steers marine environment observations towards more integrated and holistic way but there are also challenges in the horizon.

The conference offered some shocking numbers on heat storage of the oceans. Out of the excess heat that the Earth has accumulated since 1971, 90 percent is stored in the oceans, compared to 1 percent stored in the atmosphere (Sabra et al. 2016). However, the course of the future actions seems to be less clear than the shocking numbers. If only as little as 15% of the sea floor has been mapped so far (i.e. Wölfl et al. 2019), should the efforts be put into more detailed sea bed mapping? More detailed mapping can be easily justified due to increased safety in navigation and knowledge of biology and geophysics. Yet, it would also reveal the natural resources at the oceans and hence facilitate the exploitation of minerals and other resources from the sea floor. This would cause more disturbance to ocean ecosystems and really rock our boat, the Ecosystem Earth.

We need open access to data as well as better synergies and integration among the environmental research infrastructures, in order to understand oceans and its interaction with other spheres of the Earth system more deeply.

The OceanObs conference and the complexity of ocean sciences are relevant to the United Nations (UN) initiative ‘UN Decade of Ocean Science for Sustainable Development’ (2021− 2030) to achieve its goal: the ocean we need for the future we want! The initiative supports the UN member states to achieve the Sustainable Development Goals by 2030, by providing science-based solutions, catalysing major investments in ocean science, stimulating national and regional linkage as well as the sustainability of Global Ocean Observing System.

Data provided by many of the marine and multi-domain environmental research infrastructures generates scientific knowledge which advances the fulfilment of the United Nations’ Sustainable Development Goals, such as ‘Climate action’ and ‘Life below water’. JERICO, EMBRC, Euro-Argo, EMSO, SeaDataNet, ICOS and Euro-GOOS are key observation systems that integrate measurements of ocean dynamics and air-sea interactions, biogeochemistry and biology, across seas, and from coastlines to the open ocean.

The next OceanObs’29 will be organised in Qindao, China. I truly hope that by then, we have not lost our momentum and climate change mitigation has not been turned into climate change adaptation. For the future we want we need healthy oceans, and for that, we need science.