First eLTER Sites and Platforms Forum: Getting to know the Site and Platform Coordinators and plan for the future together 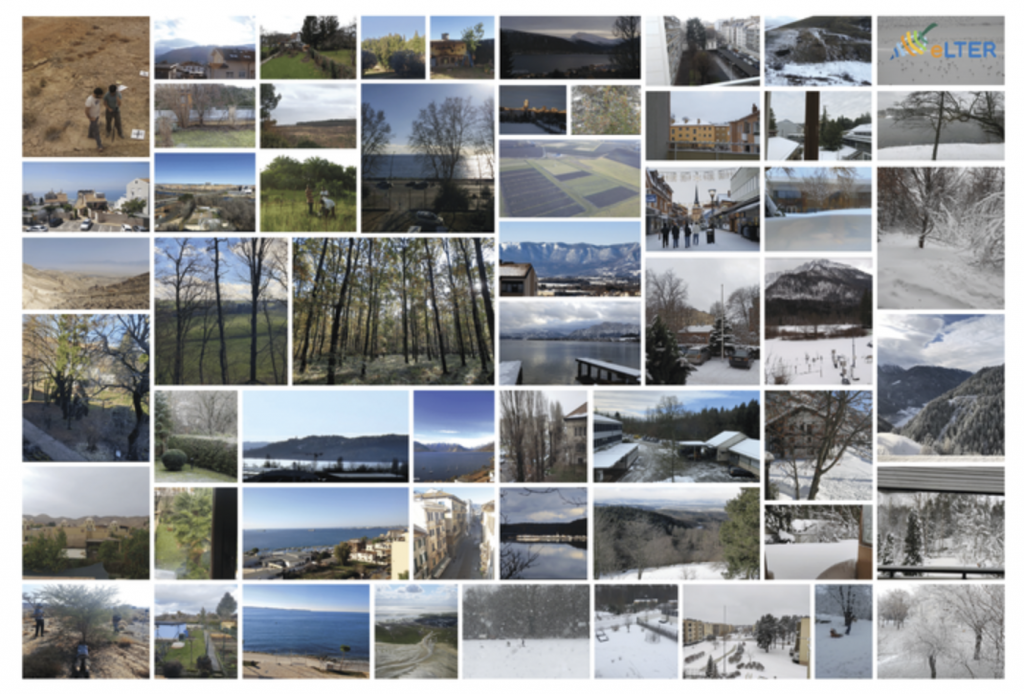 Truly pan-European: Photos taken by participants from their windows during the SPF lunch break.

13th of January 2021 marked an important day for the Integrated European Long-Term Ecosystem, critical zone and socio-ecological Research (eLTER) as it held its first ever Sites and Platforms Forum (SPF) in a virtual setting.

Around 240 participants from 26 countries representing about 200 sites and platforms took part in the event which had one major objective – to give voice to the group of most important internal stakeholders in the eLTER initiative, the Site and Platform Coordinators (SPCs).

This objective was split into two parallel goals: the specification of the framework and services needed by the SPCs; and how eLTER can contribute to answering these needs. Recognizing its community origin, eLTER designed the SPF as a tool to further actively involve the SPC and local research teams at the sites into the future work in eLTER RI.

The meeting in January also addressed two preliminary key questions: (1) What needs does a typical SPC have and how could a typical SPC profile look like; (2) How should the Forum be organized in the future to meet the needs and wishes of the SPCs. Hundreds of answers and opinions were gathered from the participants through a mix of interactive sessions and polls. They will be helping in shaping out the future activities in the Forum.

Due to the high volume of collected input the results are still being processed into a FAQ document. However, the feedback had a clear positive pattern which gives high hopes for future events and the general cooperation within the eLTER Site and Platform network.

Among the highlights of the meeting were the summaries on the eLTER and ESFRI process, their early successes and foreseeable tasks, as well as interactive sessions on defining the basic profiles of the SPCs.

The latter was a thrilling experiment and a challenging logistics task that took the shape of a game with 4 “archetype personas”. Each group of participants had to adopt the background story, strengths and concerns of four fictional individuals – Frank, Fred, Francine and Maria – who were more or less representative of the SPCs in the real world. Thus, a list of priorities to work on was created.

To name but a few: the shared common good practices, user friendly tools and services for data management and peer support were identified as key factors for further development. Last but not least, the need for support in creating an ambitious and high-quality branding for eLTER – which in return grants the participants a strong foundation to stand on in the interactions with other stakeholders like funding agencies and other communities – was also marked as a prime objective.

The next SPF will take place on 18 & 19 May 2021 but instead of lasting all day long it will only take up the mornings – as the voting amongst the participants concluded. Meanwhile, the participants are able to give further feedback on the Forum and volunteer in working groups for practically promoting the tasks in the important peer group.