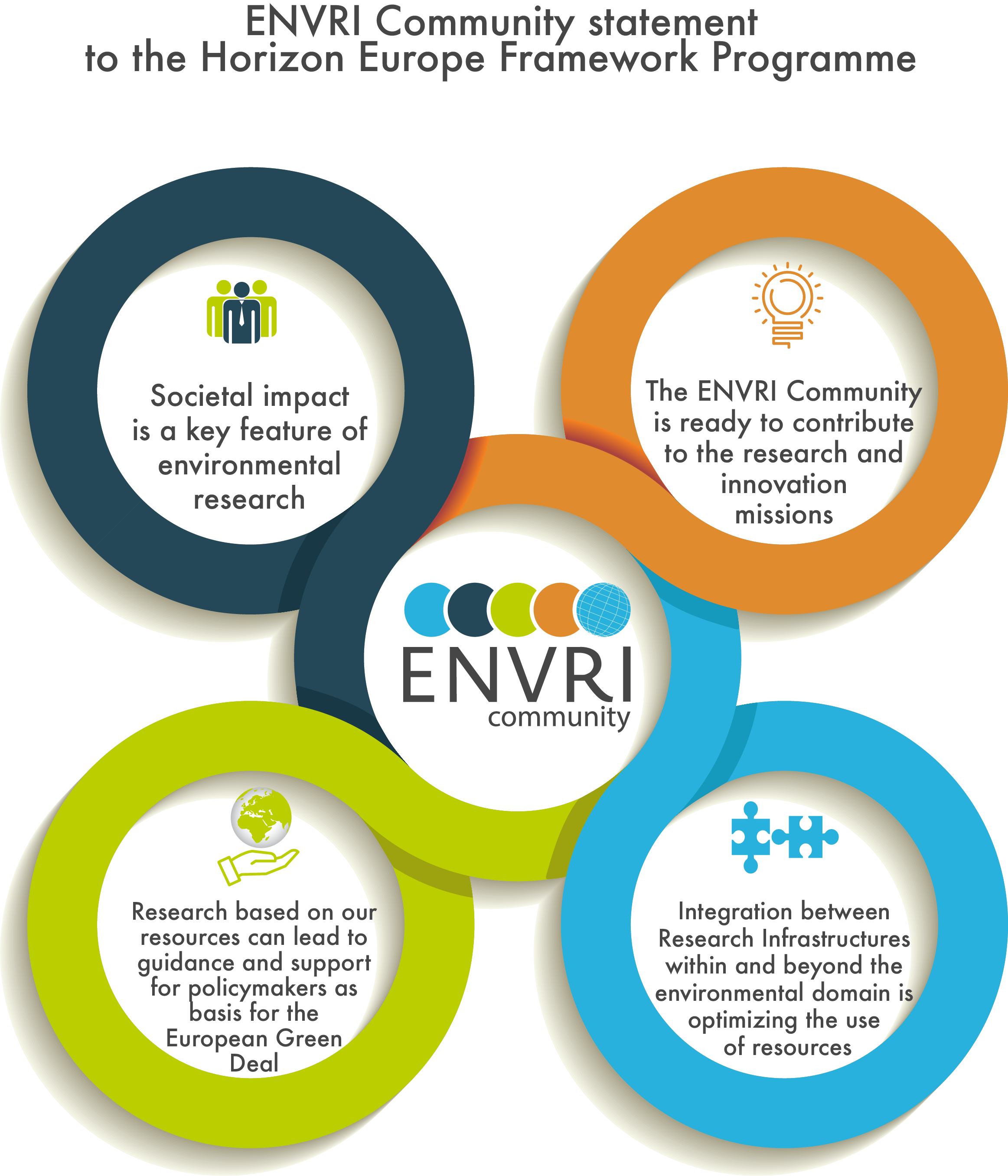 ENVRI community has just published a joint statement on Horizon Europe. The idea of this statement is to engage in a dialogue with the European Commission on the upcoming Framework Programme.

ESFRI substantively contributed to the challenge of strengthening research infrastructures in the European Research Area. The majority of the more than 20 RIs gathered in the ENVRI Community were established in the ESFRI framework. Altogether they cover atmospheric, marine, solid earth, ecosystems and biodiversity research, properly structured and organized to support research urgently needed for achieving the Green Deal.

The community has started to discuss its common expectations and the role the environmental RIs can play, and would like to speak with one common voice based on the mission and governance structure of the ENVRI Community. As we have understood, Horizon Europe will strongly mirror the Political Guidelines of the European Commission with its six priorities for 2019–24. Therefore, as ENVRI community, we would like to emphasize four points in order to open the discussion.