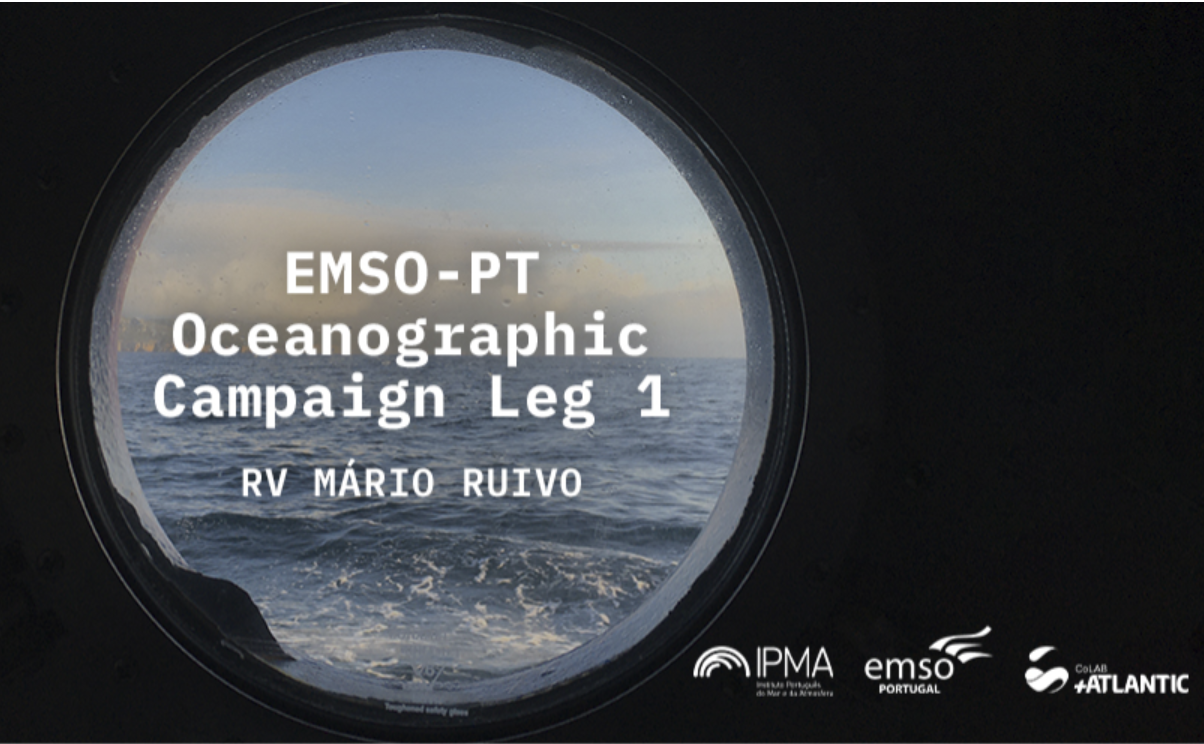 The EMSO-PT initiative, coordinated by the Portuguese Institute for Sea and Atmosphere (IPMA), and the +ATLANTIC CoLAB have joined forces to showcase an oceanographic campaign in near real time. The multi-task endeavour began on Sunday, 23 May 2021 onboard the research vessel Mário Ruivo, owned and managed by IPMA, and is scheduled to conclude on Wednesday 26 May 2021. During the entire week, the +ATLANTIC CoLAB will publish daily updates about the various tasks that will be carried off the southwestern coast of Portugal by a 20-people strong research team and crew, whose main goal is to deploy various oceanographic equipment to increase the EMSO-PT data collection capacity in the Atlantic Portuguese waters.

After leaving the Lisbon Naval Base on Sunday night, the RV Mário Ruivo – previously named as “Mar Portugal” and recently renamed after the Portuguese oceanography pioneer, Mário Ruivo – set sail to the area off the southwestern tip of mainland Europe where she will remain for a couple of days before heading back to Lisbon. The first task in the schedule consists in the deployment of an Ocean Profiler and an Acoustic Doppler Current Profiler (ADCP). In the following days, the research team will deploy an Ocean-Bottom Seismometer (OBS), a glider, and will collect data on diverse ocean parameters using a FerryBox tool, a Conductivity-Temperature-Depth (CTD) and several water samplers.

Click here to watch a teaser of what will happen this week onboard Mário Ruivo and follow the campaign’s logbook through the +ATLANTIC CoLAB social media: